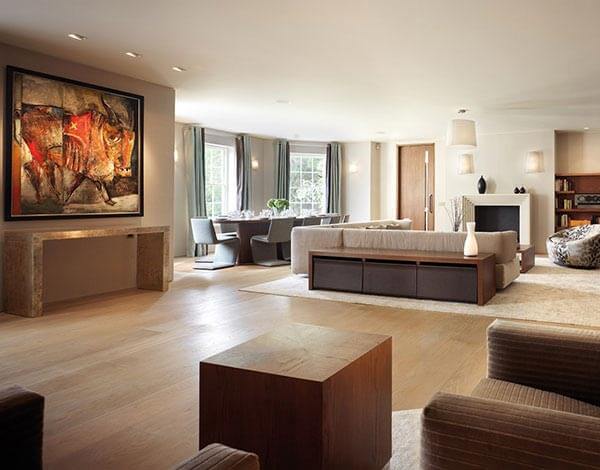 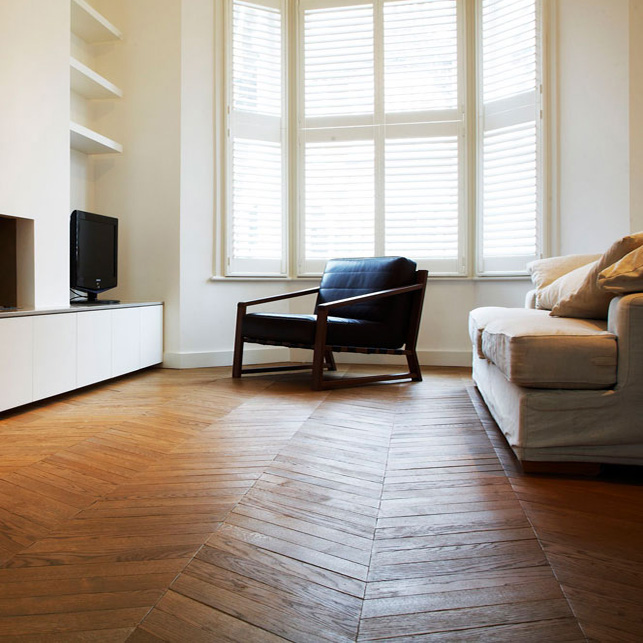 This handsome pattern has proven it’s self to be extremely versatile down through the ages. Lending it’s self nicely to both contemporary as well as a traditional or classic settings. Either way, the chevron pattern is sure to catch the attention of any guest or passer by.

History: Over the years, the Roman engineers continued to improve upon their systems. The broken zig-zag patter (Herringbone) that paved their streets was eventually replaced by the chevron pattern. Or, opus spicatum, “the spiked work”. The Romans had found that by cutting the ends of the bricks at an angle and laying them end to end, the roads were extremely stable. Chevron is an inverted V-pattern in its classic zig-zag motif. Thus, the chevron pattern was born.

Many years later, this stunning pattern made it’s way into the posh apartments of urban Paris. Adorning the halls of the aristocracy, in sophistication and elegance.